Get Your Holidays Booked

Seize the day do not procrastinate booking your holidays, it’s really easy to do it online. You will find tons of excellent holidays from every destination under the sun. Refreshing your mind and body with a change of scenery and atmosphere is the way to reinvigorate life.

Building your own holiday by booking flights and arranging hotels has become much easier with the dawn of the internet revolution. Package hols was the only way to go for most Brits in the 80s and 90s. The costs may not be less these days with packaged hols making a comeback.

UK airports to European cities between 1 and 3 nights are what is classed as a short city breaks. You can go further afield outside Europe but flight times can make the trip unpleasurable if going for a limited time. Gems of the city getaway routes, Seville Spain and Rome Italy are still a top spot.

A packaged holiday is actually defined by 1992 regulations. If you are staying 1 night or more in accommodation and includes transport such as flight, train or coach. What may not be included is transfers from an airport. It can also include car rental and or use of a tourist service for excursions or tour guides.

Choose from the cheapest and most popular worldwide holiday destinations at the best travel comparison broker websites.

Before booking any type of holiday it’s worth checking on Wowcher you can come across a real bargain break or even a long-haul holiday on the cheap. About: TUI are just an out and out holiday company nothing is done as an afterthought holidaying is their forte. It would get monotonous naming the variety of holidays supplied because they cover it all like cruising the Caribbean or the Artic fjords. Making dream holidays for the family is something they love to supply and after decades doing it, they sure can do it well.

There are many reasons to book your next holiday with TUI or even become a regular holidaymaker joining 6 million others. Browse over 80 destinations around the globe in 30 countries from Zimbabwe to Costa Rica. They have their own holiday airline with 60 plus planes which is one of the newest and greenest in the business. Flying from 24 convenient regional airports all over the UK like Glasgow and Doncaster. If your one of those who leave everything to the lastminute or find you have some unexpected time and money. Don’t worry you can make an eleventh-hour bargain late booking.

History Summary: TUI-Group is an Anglo/German tourism company based in Hannover, Germany. They are the biggest travel and tourism group in the world owning travel agents, hotels and European airlines. The Germans eventually beat the Brits in the race for the sun lounger by buying the holiday company. Thomson.co.uk one of the most familiar travel companies on the UK high street and credited with modernising UK holidays since 1965. Thomson was actually a Canadian owned company founded by mogul Roy Thomson, but a staple for UK travellers. The acquisition began in 2000 and they were rebranded as TUI UK becoming part of the TUI Group (Touristik Union International Aktiengesellschaft) a German travel and tourism conglomerate. Another UK recognised travel agent also to come under the TUI Group umbrella is First Choice. Who merged with TUI in 2007. The Group also owns Thomson Cruises which now trades as Marella Cruises.

About: Browse a variety of holiday types from fly drive city breaks to all-inclusive multi stops with destinations like America and the Caribbean. Although they are the frontrunner in transatlantic focussed holidays, they do have packages worldwide from African safaris to South East Asian paradises. If you need insurance they have partnered with Allianz Global Assistance to give you the best travel insurance policy tailored to your particular needs. Virgin are fully ATOL covered giving the peace of mind need for a stress less journey.They are also a member of ABTA.

History Summary: This is another company under the Richard Branson Virgin brand based in Crawley West Sussex. Virgin-Group is a British venture capital conglomerate created by business magnates Richard Branson and Nik Powell. The brand actually dates back to the 1970s and grew from a record shop. Virgin holiday travel was formed in 1985 as part of the Virgin Group it came on the heels of Virgin Atlantic Airways. It made sense to sell holidays across the Atlantic to places like New York and Florida once you own a transatlantic airway.

About: Every type of holiday offered from cruises to all-inclusive beach breaks but with a tailored serviced. Kuoni is a holiday company that goes hand in hand with luxury travel to stunning places throughout the world. The association with quality is no accident and comes from travel experts who personalise holidays. These holidays cannot be found in the cheap packaged holiday magazines on the shelf. Imagine booking the perfect holiday that seamlessly meets all your wishes. Well you can with Kuoni don’t gamble with the precious time you have to escape the monotony of life.

History Summary: It all started in Zurich Switzerland in 1906 an age where the grand tour of Europe was still in vogue. The father and founder of the travel bureau was Alfred Kuoni born August 23rd 1874. His background was in textiles and after doing his own travelling abroad in England and other places. Returning to Zurich in 1906 to join his brothers freight forwarding company. He understood there was a big trend and desire to travel and see the world. This prompted the venture into the world of escorted tours.

Alfreds brothers were sceptical of his new venture into the travel business which he ran from the same premises as the freight business. The first big organised journeys commenced in 1907 with a guided tour of Egypt. It had begun, the seeds were sown for one of the world’s most successful world-wide bespoke travel companies. A range of holidays was offered covering a wide spectrum of escorted tours and authentic travel. From glamping in the Serengeti to the highlights of Cuba and the Hemingway trail.

About: Travel Supermarket is the online leader in holiday comparison. They compare all aspects of travel including comparing package holidays, flights, even low cost hotels, and travel extras. In the age where we want it now! Spending time checking out individual travel agents for the best and cheapest holidays may not be where you want to spend your time. Using a holiday comparison website casts your net wider in the search options narrowing down and fine tuning your travel requirements in one place.

History Summary: Travelsupermarket.com sprung out of the very successful British price comparing website moneysupermarket. Which was founded by Nottingham university dropout and now billionaire business man Simon Nixon. In 2003 he was awarded Entrepreneur of the Year at the National Business Awards. Launched in 2000 to compare holiday deals travel supermarket was the first main development of Money Supermarket. They return accurate real time availability from travel companies and suppliers like Thomas Cooks and Opodo among many more trusted holiday brands.

About: Teletext was the place to go surfing for holidays well before the internet was a twinkle in your mothers’ eye. A household name that holidaymakers have trusted and booked with for over two decades. Teletext Holidays goes back to the early 90s when you would search the teletext on your analogue TV with the remote to find a cheap last-minute holiday. Them days are gone but you can still find a cheap escape to the sun with Teletext Holidays they have come a long way since the old days. Visiting their website opens up a world of exciting destinations for the traveller looking to relax and for the more adventurous spirit. They provide low-cost holidays to suit all budgets from local airports throughout the UK.

History Summary: Teletext Ltd provided interactive basic text and graphics for terrestrial TV and you could actually find a holiday to Spain then book over the phone. It was developed in the 70s but began to have widespread use throughout the 80s and early 90s. Until the world wide web dominated holiday bookings. TeletextHolidays.co.uk is now run by Teletext Ltd which is owned by A and N Media, a consumer division of the Daily Mail. They also trade under the name Truly Travel Ltd who own Alpharooms t/a (trading as) Teletext Holidays. Originally a holiday comparison website working with travel agents and suppliers but in 2014 they began working exclusively with Truly Travel. They have headquarters in London but run call centres and an editorial team in Indian. The managing director of TeletextHolidays.co.uk is Wayne Perks who also worked as the commercial director at Virgin Holidays. 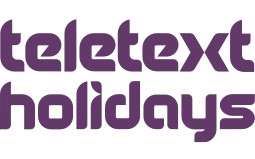 About: Choosing a beach or pool side to relax on is not difficult when guided by professionals. On The Beach are just that experts in supplying the perfect beach holiday hotel to relax, join seven million happy holidaymakers who can testify to happy hols! If you are going to relax you might as well go the whole hog and choose a board that suits from all inclusive or full board the options are there, or you may want a more reclusive self-catering getaway. They can arrange the flights and offer star ratings from three to five-star hotels. Don’t worry if you have left your booking to the last minute there’s plenty of beach breaks at cut prices.

History Summary: On the Beach Group is a Manchester/Stockport based beach holiday seller focussing on medium to short haul holidays to European sunshine destinations like Spain. Founded in 2003 by entrepreneur Simon Cooper in a Macclesfield terraced house. Simon built on his previous experience in the travel sector after launching a budget ski holiday company to the Alps, “On the Piste” travel Ltd in 1996 while still at university. He sold On the Piste to Thomson Travel in 2008 while he was still working on his latest venture On the Beach. In 2018 they opened their brand-new headquarters in the Aeroworks building a former aircraft factory on Adair Street Ancoats, Manchester.

Book On The Beach Now

No-frills airlines have now branched out into offering packaged holiday deals. Why not they already have the airline and regular air travellers are very familiar with the main players.
First on the list and the one with the best reviews and also voted best short haul operator of 2019 by Travel Weekly Globe Awards is Jet2 Holidays. They don’t over stretch and only offer holidays that they can give one hundred percent satisfaction.

A sample of terms in the reviews reads like “The experience so far has been first class” “absolutely straight-forward booking” “I would definitely use Jet2 again”. Customer service comes in for extra praise which makes a big difference when you are spending big like a holiday.
Coming up a close second is EasyJet Holidays click offering great value on European city breaks. You know the one Stelios owns the orange carrier, the brand is strong and they have a big loyal customer base. They are in the process of developing and improving hotel partners throughout Europe.