We reveal 6 of the best websites for buying sweets and chocolates over the internet. Not in any particular order but a mixture of high-end luxury chocolate shops and the high-street brand name chocolates like Cadbury. Not just cocoa made confections but real sweets and chews from great retro sweet shops.

Try our personally selected internet-based drink shops for buying alcohol for delivery anywhere in the UK. They all offer a secure shopping experience when purchasing alcohol.

Order your fresh groceries and household essentials from the best supermarkets on the internet. All providing home grocery delivery services in the UK from your local store.

If you’re in the mood for food and cannot be bothered cooking, do not fret. We have put together some delicious options for take away foods you can order for delivery.

The Top 6 Chocolate and Sweet Shops on the Internet

Love Japanese culture? well try the food and groceries. The UK’s largest shop for all things Japanese dating back to 1976. They stock sweets and drinks from Japan, you can also try the fun culture boxes. 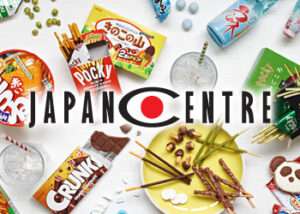 About: The biggest independent chocolate shop on the internet in the United Kingdom. They are dedicated to selling the finest luxury chocolates at decidedly good prices. Buy individual boxes and bars or treat yourself to a hamper full of your favourite chocolates. Join the chocolate club and get offers and discounts in addition you will receive loyalty points to redeemed on future orders. They provide a varied option comprehensive delivery service in the UK and internationally. Chocolate Trading Co have been recommended by Orlando Murrin from the BBC Good Food Magazine and my wife Shirley.

History Summary: Two friends with a common interest in the wine industry and an understanding of the similarities to chocolate. Changing from grapes to cocoa was an easy transition for the couple. That’s what it took Gareth Jenkins and Paul Swindells to launch the Chocolate Trading Co in 2002. Their chocolate shop was based in the posh Cheshire village of Alderley Edge. They initially sold chocolate to the rich and the famous in and around Cheshire. The creation of gold chocolates sprinkled with 22 carat gold flakes is what is on offer to the dinner party crowds with the money. These were also supplied to the Oscars in Hollywood. With the upmarket confectioners global following and UK success they moved to Macclesfield a neighbouring village into bigger premises. Actually, a quaint old school that as been converted to suit.

About: It’s not just a seller of sweets and bubble gum there is also the best selection of retro sweets and old fashion candy to be found on the world wide web. Order a sweet gift hamper packed with all your old favourite toffees. These sweets could be found in the shops before the internet was even thought of. Sweetshops were magical places full of rows of glass jars with all manner of juicy confections. Buy a quarter of Bonbons and they would come spilling out of the jar deposited into scales then a little paper bag. You have got to love “Quarter Of” just for the innocent fun of being nostalgic for the sweets from the days of your embryonic youth.

History Summary: The story of A Quarter Of’s online sweetshop success one gobstopper at a time. The vision for the online retro sweet shop started in the pub over idle chit chat. Michael Parker reminiscing with his brother over a pint about the local sweetshop of their youth. This was where the idea was born coupled with thoughts on Charlie and the chocolate factory and expat shopping websites. Michael bounced around a few jobs and eventually set up on his own business doing SEO. He found this to be repetitive and not sparking real enthusiasm so in 2002 launched aquarterof.co.uk. Based in Blackburn Lancashire the old-fashioned sweet shop now turns over millions a year and is still owned by Michael Parker. There are now over 200 sweet shops online nevertheless A Quarter Of still remains a favourite with the sweet seeking nostalgic public.

Shop at A Quarter Of Now

About: We’ve all heard of Cadburys in the UK anyway, now you can buy the full range of products through the Cadbury Gift Direct website. Not only do they sell the well-known bars like Dairy Milk, Wispa’s and Dairy Milk Freddo Treasures amongst many others. Its been taken to another level with exclusive chocolate gift hampers. The tasting of chocolate is like fine wine the flavours are very complex. Connoisseurs of chocolate appreciate the complexity of the cocoa bean taste and can recognise the soil type and conditions of growth. There is a school of thought professing chocolate is more flavoursome and expressive than wine. Cadburys Gifts Direct may not pack theirs with the finest cocoa solids however it’s still very tasty.

History Summary: Founded in 1824 by John Cadbury in Birmingham England when he opened a grocery shop. This shop developed into the Cadbury chocolate company we all know today. Their first own branded chocolate bar was sold in 1849 this was followed by the Frys Chocolate bar. In 1861 Johns sons Richard and George Cadbury took over the ailing business in 1861. They immediately put the chocolate company back on a profitable track. Cadbury chocolate is now sold in over forty countries worldwide. The company is now owned by Mondelez who used to be called Kraft Foods. Mondelez is a multinational confectionery, beverage and food business based in Illinois USA.

About: A leader in the UK indeed at making and selling chocolate for over 100 years. There is something for all chocolate lovers at Thorntons.co.uk the high street and internet chocolate confectionery shop. You can buy scrumptious favourites like the Continental Chocolate range or go for the equally delicious personalised iced gift chocolates. Besides the sale of toffee, fudge and sweets. Thornton’s also sell a wonderful selection of flowers, wine and champagne hampers. The website is simple to navigate and stocks the in-store chocs. Additionally, customers gave the choice of an array of gift ideas and hampers.

History Summary: Thornton’s is synonymous with fine chocolate they should be they’ve been confectioners since 1911. When Joseph William Thornton opened the doors to his first sweet shop at 159 Norfolk Street Sheffield calling it the Chocolate Kabin. Joseph let Norman run the shop in the early days at the tender age of 15. Norman and Stanley Thornton inherited the confectionary business from their dad in 1919. They became purveyors of fine chocolate and sweets making their own creations like Sweet Lips and Violet Cachous also above all hand‐made chocolate truffles yummy. The company has been owned by the Italian branded chocolate manufacturer Ferrero since 2015. They also own Nutella, Ferrero Rocher and Kinder Surprise.

About: Swizzels Matlow make and sell sweets they are best known for Love Hearts, Parma Violets, Drumsticks and Refreshers bars. In addition to an array of sweet hampers and candy goodies all ready for home delivery. Go up to the Derbyshire hills and you will come across a big old mill sweet factory. Behind these walls is where sweet makers invent new and ingenious candy delights. This is where the Matlow brothers globally treasured Love Heart sweets where invented. In collaboration with David Dee from another great sweet making family from across the Atlantic famous for Smarties. If you wait outside to see the staff go to work half of them could be mistaken for Oompa Loompas in disguise.

History Summary: It is a tale of two confectionary families intertwined by the love of making sweets the Dee’s and the Matlow’s. David Dee founded Swizzels in 1933 with Maurice and Alfred Tetlow. They started in 1928 making chews and jellies from a factory and selling on a market stall in East London. However, they were evacuated from London during the 1940s to the north. Located in New Mills a Northern town in Derbyshire between a canal and railway line. Sits the imposing Brunswick Mill now a brick sweet factory with a smoke stack tower. This is the home of Swizzels a sweet producer with a long heritage. In the age of big corporations Swizzels Matlow is still a family-owned business and actually the largest independent confectionery company in the UK. Princess Diane visited the sweet factory in 1991 when they previously had won the Queens award for export.

About: If it’s the quality of the ingredients in your chocolate that floats your boat then Montezuma is where you should order your chocolate from. Montezuma’s have come up with some strange combinations of flavours like the chocolate chilli and lime bar. Their big selling point is fairness to everyone they deal with and using the best ingredients possible most of which is organic. They make a point of buying their cocoa from ethically sourced suppliers this may not make the flavour taste better but it should help the cocoa bean growers get a fair price.

History Summary: The founders are Simon and Helen Pattinson a husband and wife chocolate making combo. They both met while working has lawyers in the city. Deciding this was not the life for them while admittedly earning nice money. They jacked it all in selling their house in Wimbledon and off they went travelling South America. While in Argentina Simon got the… well he became unwell with a bad stomach bug. The place this happened was Argentina’s Chocolate City San Carlos de Bariloche. This gave Helen time to explore the numerous chocolate shops. The seeds of cocoa chocolate business began to take root.

After returning back to blighty in 2002 they opened Montezuma’s chocolate shop in Brighton. This turned out to be great success. Other shops followed and a chocolate making facility in Chichester West Sussex was opened. They also started supplying major retail shops like Waitrose and Sainsbury’s. In 2018 they sold the majority shares to Inverleith LLP a Scottish private equity company for several million pounds. Simon and Helen will remain as directors with an important minority shareholding but take a back seat in the daily running. They will also continue as ambassadors of the Montezuma chocolate brand.

Buying chocolate from an ethical source is not just a trendy thing to get onto to make yourself look or feel virtuous. It is becoming a real problem a substantial amount of forest has been cleared to make way for cocoa farming. It is getting just as bad as the palm oil problem. Most cocoa farmers are all poor smallholders so try and buy ethically bought cocoa.